Esperance Tunis lost another CAF Super Cup match. This time it was to Zamalek. The Cairo team made its intent clear as early as the second minute when Youssef Obama scored to give them the lead. The Tunisians pulled one back in the second half, through a Benguit penalty, but it was not to be. Shortly after, Achraf Bencharki brilliantly regained the lead for Zamalek before confirming the result in injury time with another goal.

2. CAF Headquarters to remain in Cairo 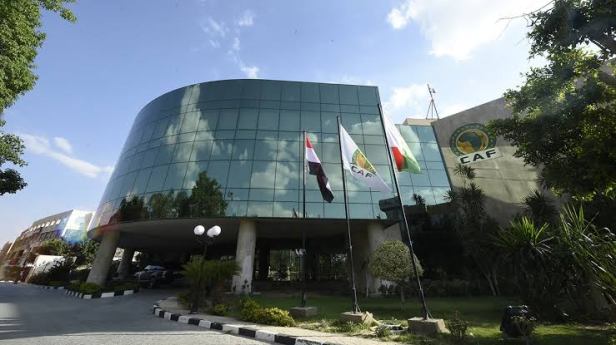 Not a lot of people will be pleased with that news. In fact, the likes of Morocco and Ethiopia had been eyeing the honour of hosting CAF offices. In the end, CAF reached an agreement with the Egyptian Government to maintain its HQ in Cairo for the next 10 years. CAF will be recognized as a legal person, the organization will also enjoy tax exemption and its officials will have immunity as Diplomats do. The agreement is set to be renewed automatically at the end of the 10 years.

There is a conspiracy theory that Wydad President, Said Naciri, is close to Fouzi Lekjaa. Lekjaa is the Royal Moroccan Football Federation (FRMF) President. It is believed that a common interest for the duo is a shared dislike for Raja Casablanca. This story looks believable now that TP Mazembe is allowed to train at Morocco’s premier training facility in Sale, ahead of the CAF Champions League quarterfinals.

Lekjaa responded to the gossip by confirming that TP Mazembe had requested use of the facility way before the CAFCL quarterfinals draw. He also revealed that the Congolese team is, in fact, paying for use of the training center.

📸We now move into Mohamed VI Champions Cup semi-final 🏆and, in this very busy season, we have our sights set on two more crucial matches this week against #AsFar and @Ismailyofficial respectively@UAFAAC#DimaRaja pic.twitter.com/RZYb0U8CzC

Raja Casablanca’s run in the Arab Club Champions Cup continued after they knocked out MC Alger. The Casablanca team advanced despite a 1-0 home loss to their Algerian opponents. Raja had won 2-1 in Algiers. The run, coupled with CAFCL and league commitments, is definitely taking a toll on The Greens. Raja Casablanca’s injury problems are just not coming to an end. Anyway, the team will play Ismaily in the Arab Cup’s semifinal.

CAF Online & @FIFAcom ALERT: Through a dependable professional colleague, I have been given excerpts from page 48 of the 55-page executive summary of the @PwC Forensic Audit on @CAF_Online. I am going to publish the excerpts on this thread. pic.twitter.com/tlL3tOUQBQ

This was definitely the biggest story of the week. Price Waterhouse Coopers’ (PwC) November 2019 audit report confirms that CAF’s financial record are “not trustworthy.” PwC found that CAF does not maintain proper financial records and that the African football governing body practices questionable allocation of money. One instance that is mentioned is enabling several FA Presidents to travel to the Umrah – an Islamic obligation.

How is CAF getting away with this? A handful of individuals have come out to reveal that decisions, at CAF, are made by only a few people. This is how they can get away with not adhering to due process. Of course, CAF gave a response to the PwC report. We do not care too much for it to be honest.