TP Mazembe’s goalkeeper, Sylvain Gbohouo contract at the club is coming to an end. The Ivory Coast goalkeeper has won the CAFCL, CAFCC and CAF Super Cup in the 5 years he has spent at the club. Gbohouo had a very detailed interview with the club which included an answer on his future with TP Mazembe.

The goalkeeper confirmed that talks over a new contract are yet to start. And that he is willing to extend his contract for Moïse Katumbi, the TP Mazembe President. He also put down the team’s exit from the CAF Champions League this season down to “bad luck.”

Jalal Bounouar, of Maghrib Foot, broke a sensational story of how Sundowns had made a $1 million bid for Karim El Berkaoui. Berkaoui is 24 years old and plays for Hassania Agadir (HUSA). The striker has impressed this season scoring 8 goals to become CAF Confederation Cup top scorer.

It’s a brave and rare move by a PSL team. But Sundowns know what it takes to win the CAF Champions League. Unfortunately, the transfer is unlikely to happen. The player is also being sought after by teams from the Gulf. 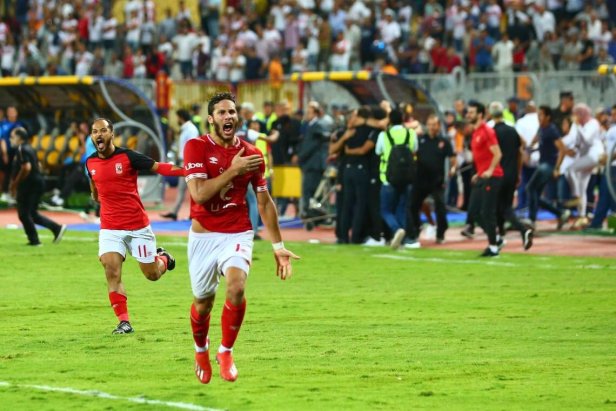 Ramadan Sobhi’s agent, Nader Shawki revealed that his client’s future is still up in their air. The winger is only on loan at Al Ahly from Huddersfield Town. He still has his sight set on a return to Europe. Shawki confirmed this on Egyptian TV and also revealed that Al Ahly is actively looking for a replacement for Sobhi should he join another team.

It has been many days since Percy Tau helped Sundowns win the CAF Champions League. He plays for Club Brugge these days. The forward revealed through a digital sponsored event that Benni McCarthy gave him advise on how to succeed in Europe. It was all about being confident and competitive.

He now gives this advise to African footballers looking to play in Europe, “They are not here to babysit you. Everyone is here to either move to the next step, to a bigger club, or if they stay, get a bigger contract.”

Algiers is a unique city in African football. It is the only city with more than 2 very well supported teams. The 4 main teams of Algiers are MC Alger, USM Alger, CR Belouizdad and NA Hussein Dey. And their fans are not shy about leaving their mark all over the city of Algiers.