1. Al Ahly stadium ready for use

Al Ahly stadium is now rebranded to Ahly colors and was in use this past week for an Egyptian Premier League match. The Red Devils had signed a 25-year lease agreement to take over the 30k seater Al Salam stadium – until they complete their own “Red Castle” stadium.

This move is now a Benchmark for Public-Private Partnerships when it comes to stadiums in Africa. More big clubs need to take over public stadiums in such lease agreements. It is a cheaper option than building a stadium from scratch.

2. Ben Malango and Fabrice Ngoma finally link up with Raja

It took enough time but Ben Malango and Fabrice Ngoma have now linked up with the Raja Casablanca squad again. The had been trapped in DR Congo over travel restrictions. But their clubs has managed to do well without them – going top of the Botola. The return of Malango and Ngoma will make Raja Casablanca even stronger with the CAFCL semifinals around the corner.

All things point to the fact that Al Ahly have lost in their fight to keep Ramadan Sobhi. The 23-year old winger is at the club on loan from Huddersfield Town. He had mentioned his desire to leave Ahly and move to Europe. But reports suggest that the salary offer he has gotten from Pyramids FC is too good to turn down.

This signing would be a big statement from Pyramids FC. As for Al Ahly, they already had a shortlist of footballers to replace Sobhi. He did not feature often for them in the CAF Champions League so his departure will likely not affect their standing in the competition. 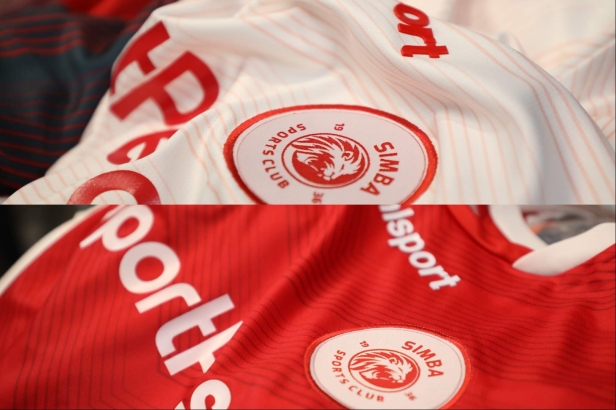 Simba SC continue to show their ambition to become one of the top football clubs in Africa. This week they unveiled their new logo to reflect their status as a modern football club. The change came with a new kit design, by Uhlspotrt. We wait to see how they will perform in the CAF Champions League next season.

Shame. People don’t make as much noise when CAF is up to something good. We commend the move to partner with the INTERPOL Project STADIA. This partnership will improve CAFCL event management, particularly the security aspects. Project Stadia has been implemented across the globe including the 2022 FIFA World Cup in Qatar.