The CAF Champions League 2020/2021 season had a weird start. The Preliminary Round matches were being played before the previous CAFCL season had ended. CAF and schedules man! Anyway, the results of that round were as expected. We are now only waiting on MC Alger to knockout Buffles du Borgou (no disrespect, haha).

It looks like the usual suspects will be reaching the CAFCL group stage yet again. The top teams, like Al Ahly and Sundowns, that received byes for the Preliminary Round have also ended up getting favourable First Round draws. And all of them will be playing the second leg at home.

DID YOU KNOW THAT WE HAVE A PODCAST CHANNEL? LISTEN TO IT HERE!

The First Round of the CAF Champions League will still be exciting as the majority of matches are split 50-50, at least on paper. We anticipate that we will be seeing a good number of new faces in the group stage this season – or at least a number of teams that have been away for quite some time.

The first leg matches will be played on 22nd and 23rd December 2020. The second leg matches are scheduled for early January 2021.

Here are the top 4 CAFCL First Round matches to watch:

CR Belouizdad are looking to reach the CAF Champions League group stage for only the second time. And Franck Dumas’ team had been busy in the transfer market looking to make that dream a reality. Two high profile signings they made are Belkither (right back) and Islam Bakir (winger) both from the Tunisian Ligue 1. We have not seen much of them this season but their resounding win over JS Kabylie shows they are as good as their lineup suggests.

Gor Mahia like doing things the hard way. They have been contesting a TV Deal signed by the Football Kenya Federation, they had to change coaches ahead of their CAFCL match against APR and, of course, they faced money problems. But somehow, Gor Mahia always manage to do well (by their standards). It is about time a Kenyan team reached the CAF Champions League Group Stage. 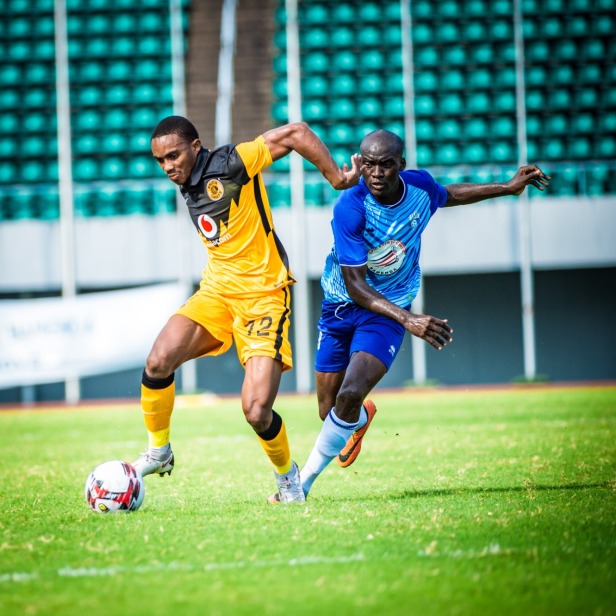 Kaizer Chiefs is the Club Africain of the PSL. They simply do not know how to perform in continental football like their domestic league rivals. And I am not too confident of their chances to achieve what Sundowns and Orlando Pirates have in the CAFCL. They are awful in the league at the moment and did not impress anyone with their Preliminary Round win over PWD Bamenda. What is the problem? Their star-studded squad is not as good as Amakhosi fans imagine.

READ: WHY KAIZER CHIEFS BADLY NEEDS TO WIN THE CAFCL

Primeiro Agosto lost Ary Papel from their unremarkable 2019/2020 CAFCL season. They will still feel that they are on track in their mission to be a CAF Champions League giant – heck, they got a bye from the Preliminary round! The Angolan side will be pleased to have the second leg at home in what is definitely a banana-skin tie. This is their chance to make people care about the relatively well-run Angolan Girabola.

FC Platinum is what Simba SC wishes they were; a regular feature of the CAF Champions League Group Stage. The Zimbabwean side is chasing a third consecutive group stage appearance. They never really do anything once they qualify but they have shown Africa that they know how to maneuver the qualifying rounds. This CAFCL season they beat Costa do Sol, of Mozambique, home and away.

Oh Simba! They have become like a PSL team. They make so much noise online, they build a lot of hype around them but never perform beyond the Tanzanian Premier League. Their Preliminary Round tie was close and the one for the First Round looks like will be no different. Is this the season that Simba finally do it or is it a case of same-old same-old? East Africa man!

Al Merrikh have been away from the continental scene for some time due to poor management of the club. They crashed out of the CAFCL Preliminary Round in each of the last 3 seasons. So, the fact that they have come this far is promising. But having to play the first leg at home against a team that is battle-hardened when it comes to African football will surely push them to the wall.

READ: CAN A NIGERIAN CLUB WIN THE CAFCL AGAIN?

Enyimba FC want to shed their tag of ‘CAFCC team’. They have the problem of not being able to qualify for the CAF Champions League every season. But they should look to CS Sfaxien who also only qualify for CAFCL every once in a while but make their campaign memorable. The fact that they have a chance to dispose of a big name (albeit out of form) should drive them to complete the job.